Be first to read the latest tech news, Industry Leader's Insights, and CIO interviews of medium and large enterprises exclusively from MarTech Outlook

THANK YOU FOR SUBSCRIBING

Digital Video: The Connector of TV, Consumers and Content

Central to the discussion of the Internet of Things is OTT content, which is allowing consumers to turn every device they have—phones, desktops, tablets, even gaming consoles—into “TVs”. Because of this, digital video is quickly becoming the all-device connector of consumers and content. And where there are consumers and content, there are advertisers and brands vying to get their attention.

Internet-based TV puts consumers in the driver’s seat to getting the content they want. It also introduces an entirely new ad experience, considering that viewers are rarely forced to endure ads in their entirety—and on some channels (or publishers), ads are non-existent altogether. This presents a challenge to advertisers who must adapt to a new type of TV viewer to remain relevant.

Accustomed to a TV model that was disproportionately in their favor, advertisers must now produce ad-based content that not only engages, entertains, and/or educates, but also allows for consumer interaction and choice. This new model is dictated primarily by the viewer experience. Advertisers that adapt are quickly finding that what’s good for viewers is actually good for them too. (In fact, that’s precisely the name of the new TV game.) Advertisers that don’t, simply get blocked or ignored.

As we look ahead to 2016, advertisers must get on board with these new rules in order to reach consumers across devices and ensure that they’re making impressionable and lasting connections.

A new style of “micro-advertising” is already taking place on platforms like Facebook, Snapchat and Pinterest that are adding features which allow advertisers to account for users’ quick vertical scrolling and catch their attention along the way. The more interactive (and short) the ad format, the more likely the user is to notice and fully experience it while scrolling from point A to B.

Consider, for instance, the 3D ad that Jameson ran on Instagram and Facebook for Saint Patrick’s Day. The simple spot ran in less time than a Vine, and gave viewers the option to share a shot with friends or locate a nearby bar where they could share shots in real life.

As viewers continue to demand tailored experiences, advertisers will have to find distinct ways to cut through the noise, and avoid being blocked or skipped. The short-form approach to video advertising will require advertisers to layer video content with interactive bait—and save the narratives for the viewers who have signaled engagement.

TV networks are developing next-generation “tune-in” ad campaigns using interactive features overlaid directly on top of shows and other TV content. These ads are exactly what they sound like—reminders to tune-in to shows at a later date. Since these ads are now interactive, they allow the user to set reminders for when a show is going to air by just entering in their 10-digit phone number. Alerts are then sent as text messages.

Similarly, show promotions—one of TV’s greatest moneymakers— are now actionable rather than just informational. They convert viewers’ awareness of a show into the opportunity to directly download it, or the channel it airs on, to their connected TV dashboard without leaving the show content they’re already watching—and bypassing the process of later navigating the channel directory to find the channel or show among a sea of others.

No matter where the viewer logs in next—on their phone, their tablet, their desktop or regular TV screen—their selections will be waiting for them. This is already taking place on Roku, which has introduced ad functionality that allows channels, such as HBO or Netflix, to run targeted interactive show promotion ads during shows (on other channels and networks) that they’ve determined to be watched by their ideal viewers.

3.Viewer Participation with Commercial Content will Continue to Increase.

As digital continues to capture the attention of an always-on, looking-for-engagement audience, advertisers are increasingly creating content that is a match for their behaviors. Interactive video ad content is still relatively young compared to more traditional formats, but already the results speak for themselves. Interactive video delivers more than double the purchase intent (225 percent higher than pre-roll ads). They have above average completion rates. (For instance, interactive ads delivered on Roku have an average completion rate of 94.8 percent.). And viewers spend an average of 58 seconds more with interactive video content than they do with traditional pre-roll ad content.

What all of these developments have in common is a more personal experience for viewers and more thoughtful approaches from advertisers. While the push to personalize creative video content has been gaining momentum over the last year, 2016 will be the year that video overlaid with personalized creative interactive experiences becomes the norm. All of this not only offers advertisers a workaround for new barriers to advertising on connected TV, it ties screens together, giving viewers a seamless experience that’s actually relevant to them and therefore more receptive to advertising than ever before. 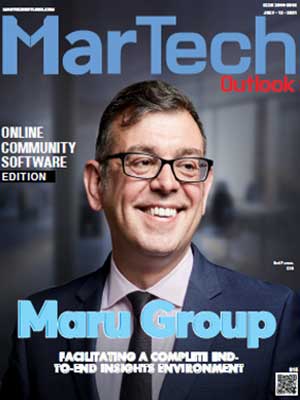 The New Reality of Loyalty The Most Known 5 Secrets to Generate Value with CRM

Modern Tech Leaders Are Building Apps, Not Buying Them

How Clubhouse is creating a better healthcare How to Measure the Success of Third-Party Solutions on Your Website?

However, if you would like to share the information in this article, you may use the link below: